One of the principal objectives for the Lake George Conservancy is to monitor and report out on the water quality and ecological health of Lake George. The LGC partners with the Stueben County Lakes Council (www.lakescouncil.org) for our bi-annual water testing at several water inlet sites around the lake. The first testing cycle is in the early spring when the inflows could be tainted with farm fields and other run-off pollutants. The second testing cycle is generally in the late summer when the water temps are higher and the population has peaked.

The testing measures e-coli and phosphorus levels. The results are tabulated and compared to the threshold levels deemed to be unsafe by various governmental and environmental bodies.

It is important to understand that any singular test result above the threshold is not necessarily cause for concern, the more important indicator is a site continued testing above the threshold level. Spot test reports are highly susceptible to temporary special cause issues, like a dead animal or run-off from exceptionally high rainfall.

In recent years the LGC has taken the extra step to have the e-coli water samples DNA tested to determine the source of the high reading. Typical sources are poultry, animals, or humans. Each potential root cause of the e-coli would present a different response, for instance, a prolonged trend of high human e-coli would point to a septic system failure upstream from the lake. 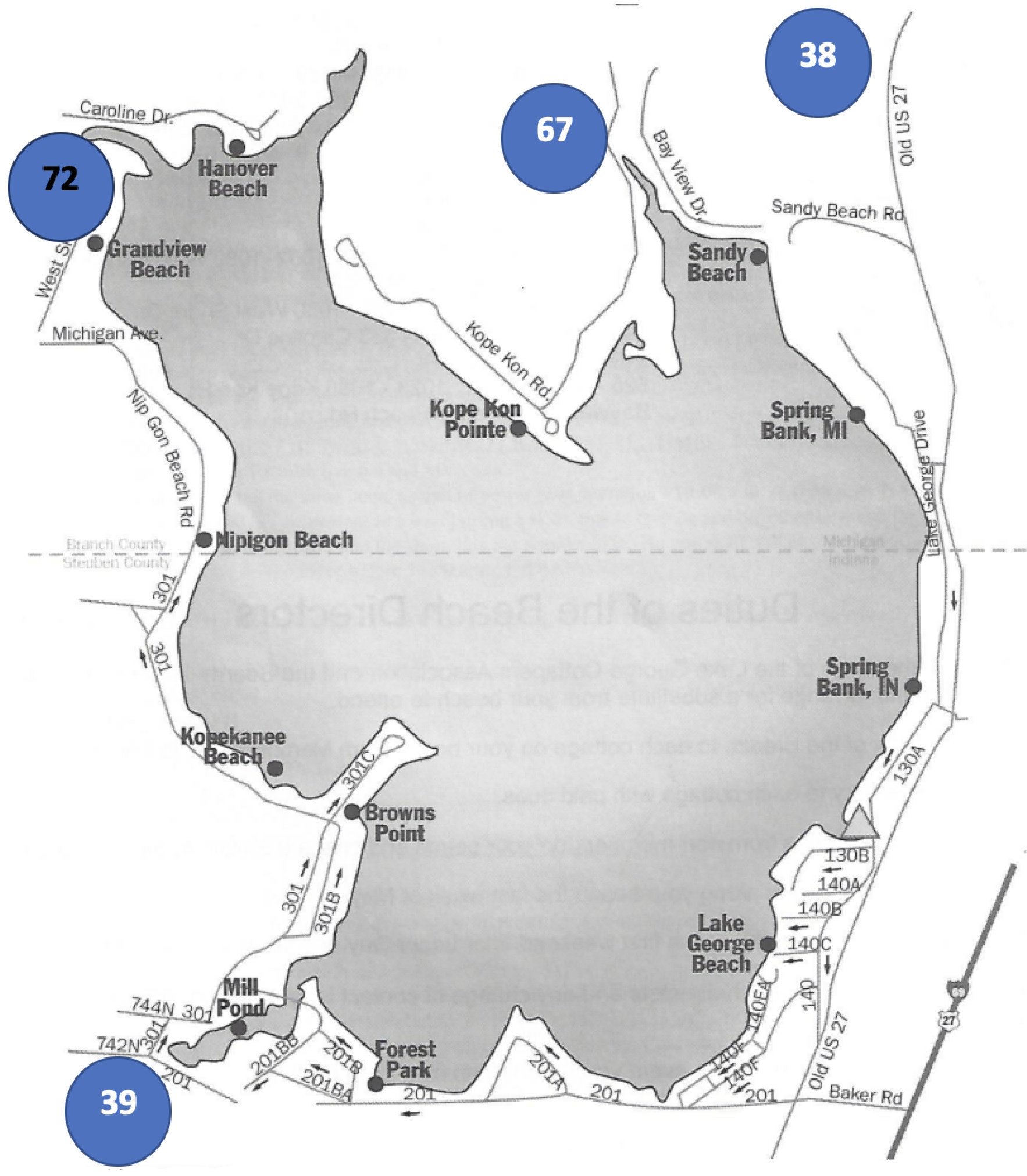